By joining, this site gives you exclusive access to the 27 page “Notice of Liability for Non-Consent & Injury” by wireless radiation, the document many of you have been waiting for. It can be used against deployment of 5G near your home, community, school, in “space”, and so much more. It is not limited to 5G but to all other wireless technologies. It is also international in scope meaning you can use this in any country. In addition to the document, this site also provides instructions on the filing process, Q&A, how to rebut against industry and government arguments and myths, and the many layers of the secret sauce that makes this Notice of Liability so extraordinary. You will not find another document written with such breadth and depth that strikes at the very heart of the matter in so many ways it will leave you enlightened, and at best, inspired.

You will be treated with new material to help guide you through this process of attaining your sovereign rights under Common Law and Nature’s Law as you exercise your non-consent against injustices related to electronic harassment, complete loss of privacy and autonomy, endangerment and harm to all life on earth.

Accessible membership free for anyone who signs up
here you will receive notification for any updates
posted here on the website, LenasFabulousFrequencies.com.

This article was written for and can be found in the magazine
“AEVA: Woman Earth Soul” Summer-Autumn 2020 Edition 5

INHERITANCE
Secured Through the “Notice of Liability” Action
by Lena Pu
June 15, 2020

Our world is in danger. No one, no matter which political party or influence they posit, can deny that high powered government and industry forces are unleashing its final battle plans to creating a world run by and for robotics and artificial intelligence (AI). World leaders have staked their claim through their numerous telecommunications regulatory agencies all over the world. If allowed to be taken over, this AI agenda will lead to the destruction of earth and all its life forms along with its resources. Integral part of this takeover also involves the manipulation of all life’s genetic material, increasing the ionization of the earth’s atmosphere through charged metals and chemicals, introducing every non-native bio-hazardous electromagnetic radiation to cover every square inch of the earth, and finally, injections of gene-altering bio-engineered vaccine technologies.

In addition, there are plans to restructure the human life support systems their political, economic, social, education, medical, and monetary structures from one of fakery to the ultimate level of fakery – where every act, thought, word, deed, and data becomes permanently imprinted into a digital AI system where no life will be lived by nor accessed through our body’s senses. Our experiences will be lived through and connected to a system that can’t really be touched or physically traded. Everything about our life will be transferred into an invisible cloud-based “Internet of Everything”.

And while humanity’s life support systems are transitioning into this untouchable artificial matrix, humans are also being duplicated with a digital replica of itself. This is the real reason for this massive data harvesting. It is a means to capture the entire person and transcribing them into that digital double or, a digital avatar. As if the biggest scam of individuals being made into a strawman wasn’t enough, the global leaders are working on creating a complete digital version of our strawman in order to complete their world of dual fakery.

To create this digital strawman involves microchipping first with a vaccine-related ID, such as the ID2020, that will capture in real time all records and data. This “living” biometric data collectors uploads an individual’s internal and external information their GPS location, personal finances, medical records, behavior and habits, even what is in the refrigerator, all purchases and sales transactions, social network and social credit/distancing, including emotions and thought patterns. How this will connect to the Internet of Everything will require all wireless systems to work in synergy with each other from what is captured by the microchip(s) whether implanted into the brain and/or hand or forearm to the smartphone, to the talking assistant in the home, to the local small cell antenna outside in the neighborhood street, to the local cell towers nearby, to one’s own personally assigned satellite in space to constantly track and trace.

Besides the modification of all planetary life’s genome and the electronic enslavement through AI, these technologies have a destructive impact on the electromagnetic health of our planet earth. It is destroying the very air we breath and ionizes the earth’s atmosphere with electromagnetic radiation from every non-native waveforms known to mankind, while shutting out the only life giving ones from the sun, the spectrum that falls between the infrared to UV light. The assault against all life on earth and the planet itself must be stopped. But how? The power to stop this lies in a secret so carefully hidden that it was deliberately erased from humanity’s memory. A secret important enough to cause a famous Biblical figure to use every tactic to secure it. This story is about two twin brothers, Jacob and Esau, and theirs is a story about inheritance.

When the planetary health of our dear earth now hinges between two planes, one illusory, and the other of original design, how can the story of Jacob and Esau instruct us at a dire time like now? The answer is simple. While theirs is a story about birthright and inheritance, so is ours. The other missing key to empowerment requires understanding of one other thing, our birthright – our sovereignty, knowing who you are, your place is in this world and what belongs to you – your inheritance.

Embedded within this Biblical story of these two brothers are weighty lessons to be learned and nuggets of truth regarding honor and oath, birthright and inheritance. 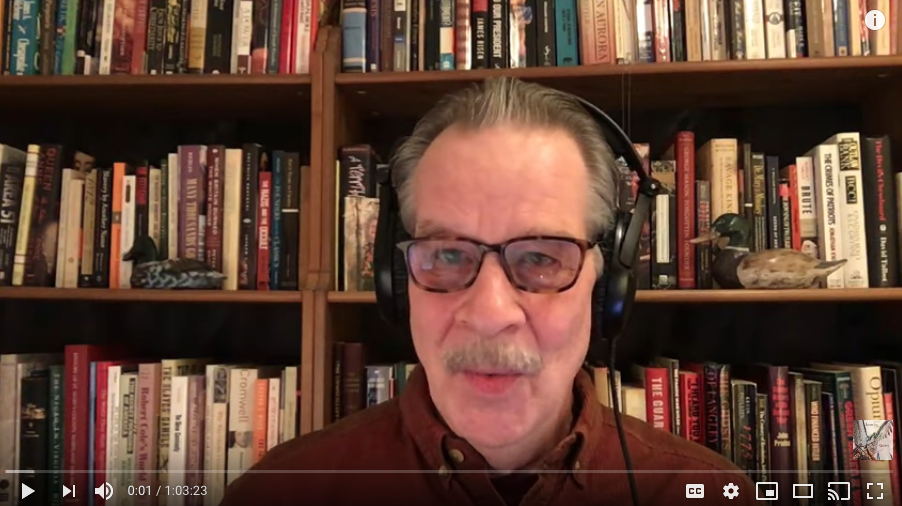 Discussion of likely future scenarios brought on by the Deep State in response to the COVID-19, the developing knowledge surrounding the virus itself, how problems with 5G deployment aggravates the problem and synergistic multi-plex weaponry made possible with the binary system of combining frequencies with bio-engineered viruses, all stemming from military based research and how humanity should respond.

Discussion on the difference between healing frequencies versus the harmful ones, and how we need to understand them in order to find true health and reasons for fighting against the artificial wave forms, the reality of the 5G situation in China and their people’s health challenges with the COVID-19, and how truly deeply the nefarious technology and intentions are and what their idea of the end game is.

Lena’s groundbreaking debut revealing for the first time her primary blood research, connections to a Nazi history and roots, basic outline of understanding what is 5G, the health risks and its connection to the Internet of Things and how the transhumanist movement is going to quickly change not only how humans see themselves and their world, but how they could become one with the machine if we don’t wake up to their reality.

Interview by Judith Kwoba of Nightflight

Please Note: The subject of blood effects from microwave exposures, sunlight, infrared to UV light, microbes and vitamin D were all discussed in this interview and the timing was fortuitous because these very effects are finally coming to light months after my February interview with Judith Kwoba of Nightflight. In April, doctors and surgeons all over the world are finally coming forth sharing their discoveries the true nature of the so-called COVID-19 disease and deaths are stemming from blood issues, specifically blood clotting, or thrombosis. I discuss this very phenomenon the blood coagulation, clotting, sticky blood issues are attributed to the wireless exposures to the microwave frequencies and the newly introduced 5G and its associated millimeter waves. The real cause of disease I described months before any actual diagnosis or surgeries proved it to be true.

About the Transcription: This transcribed article, later edited, is based on my interview with Judith Kwoba of Nightflight that was performed on February 19, 2020. We addressed current topics such as the novel coronavirus in Wuhan, China that seemed to have started around December 2019, an “outbreak” that seemed to take place on the heels of the 5G deployment in October 2019, a few months earlier.

No 5G Australia by Lena Pu (Published by Nina Nyback)

Dear Readers of “No 5G Australia”,
What an incredible moment in time we are experiencing. There is a literal shift happening in every fold of existence from planetary alignments to the microscopic air we breathe. Everything about our world is being challenged and nothing will come forth unchanged. How we come out of this is up to us, the individual, as this is clearly no longer a spectator sport. We are each responsible for the future we bring. Our world has reached a crossroad and each person is forced to make a choice. The “matrix” is about to get real. Humanity has been operating moving along the path designed by corporate
interests backed by the cabal. Our lifestyle, jobs, education, finances have all been designed and controlled by these human handlers Over the last century, we have been absorbing the programming, now embracing the idea that human progress mean humans must meld with machine as a natural next evolution. This seemingly necessary step involves a recombinant future with the AI, or Artificial Intelligence, and a new human race altered and subjected to genetic engineering, manipulation and material will emerge from this most unholy union.

Anything “real”, even the meaning of the word itself has always been a threat to the globalist’s plan. And so they pervert it as they do all the other wholesome words like “sustainability”, “cell”, “smart”, “cloud” and so forth.

For this inaugural essay composed for the launch of Lena’s Fabulous Frequencies, I oddly was transported back to the medieval world. Of course it is pure fantasy on my part. For I know the “medieval” and the Classical age that influenced it only through fiction and its close cousin, historical scholarship. The ghost of the late Umberto Eco came to mind since he enjoyed success both as a writer of fiction and as a scholar. I thought of Eco because he embraced medieval aesthetics at a moment in civilizational history where dissonance, malformation, and brutality in both the fine arts and in the larger popular culture have become the norm.

The technology that promised to relieve the tedium and toil of the pre-modern age now threaten humanity and the natural world with annihilation. But in the fiction-world of Eco, letters and manuscripts as wielded by schemers and intriguers are the most effective weapon in the dispatch of rivals and enemies. His best-selling mass-market debut In the Name of the Rose (1983) and later novels such as Foucault’s Pendulum (1989) and The Prague Cemetery (2011) exemplify his being steeped in a medieval aesthetic suffused with beauty, consonance, and proper proportion.

With boots on the ground, follow us here on adventures through the hallways of local public schools, private schools, the State Capitol, the campus of the University of California, and most recently my own town hall meetings where I began the fight against the 5G/4G “small” cells deployment with the local grassroots movement I founded. Here you will find records of testimonies, both video and written to help equip you with some tools for your own grassroots movement where ever you may live. Remember, no one can take better care of your town, county and state than you!